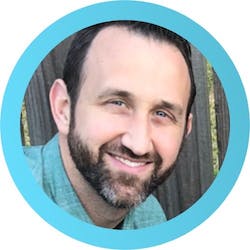 Check out the resources I offer below and sign up for my newsletter!

What Can a 75-year Harvard Study Can Teach us About Happiness?

This week's newsletter is all about happiness: what makes you happy, whether or not you can change your level of happiness and why it's a myth that smart people can't be happy.

Let's get into it. In this week's broadcast:

What Can a 75-year Harvard Study Can Teach us About Happiness?

The Grant Study is part of the Study of Adult Development at Harvard Medical School. It is a 75-year longitudinal study that followed 268 Harvard educated men, the majority of whom were members of the undergraduate classes of 1942, 1943 and 1944.

It has run in tandem with a study called "The Glueck Study," which included a second cohort of 456 disadvantaged non-delinquent inner-city youths who grew up in Boston neighborhoods between 1940 and 1945.

This study is unique in that it began when the subjects were teenagers and followed them into their eighties. The amazing part is that it didn't just involve annual questionnaires. It also reviewed their medical records and included blood draws and brain scans over several decades to compare physical factors.

The overwhelming conclusion from the study?

“The clearest message that we get from this 75-year study is this: Good relationships keep us happier and healthier. Period.”

As one might image, the Harvard graduates earned more wealth in their lifetimes, but there was no correlation from their earning power/wealth with their levels of happiness, nor were the inner city youths any more unhappy than their Harvard counterparts.

If you're interested in deep diving this topic, you can watch one of the most popular TED talks of all time, "What Makes a Good Life? Lessons from the longest study on happiness," by Robert Waldinger.

Popular sentiment seems to be that money can buy you freedom and that freedom equals happiness. But the scientific literature indicates that beyond purchasing one's basic needs (roof, food, et al.) that money has zero influence on happiness and that relationships is biggest predictor.

Of course, this is one of those things you can tell people until you're blue in the face, but everyone has to give it the old "college try" and find out for themselves.

Can You Change Your Level of Happiness?

But, like most things worth having, it does take work. The science of happiness works a lot like the science of exercise. It's not enough to know what you need to do, you actually have to put in the work and do the things that make you happier.

Not only that, like health and wellness, being happy is something you have to continually work at.

Here are a handful of daily activities/habits science has shown contribute to happiness:

Most people on the street don't know this stuff.

Fortunately for us, Yale Professor Laurie Santos wanted to change that. She wanted people to hear what peer-reviewed science/randomized controlled trials say about happiness and whether or not teaching people about the science of happiness could teach them to live happier lives.

The idea for the class was so popular that 1200 students, or nearly 1 out of 4 students enrolled at Yale, took the inaugural course.

The class was so popular, and the benefits so impactful, that Yale made the course free online. You can check it out here: The Science of Well-Being.

If You're So Smart, Why Aren't You Happy?

Smart, over achievers seem to think that only lazy and/or dumb people are capable of being smart. In fact, it's a fairly common misconception.

These 'smart' people also worry that, if they get too happy, they’ll lose their desire and won’t work hard anymore.

Perhaps there's some truth to this. Generally, the more intelligent you are, the more you can see behind the façade of everyday life being easy or safe. It can be true that you are unhappy partially because you know and understand too much.

But, as the headline says, if you’re so smart, why aren't you happy? Smart people should be able to figure out how to be happy within their biological constraints.

The key to happiness for smart people? Figuring out the truth.

The more you dig into certain deep truths, the freer and more peaceful you will become. That peace will lead to happiness.

Besides “I’m too smart for it,” the other objection is, “I don’t want it to lower my productivity. I don’t want to have less desire or less work ethic.”

Fact check on that is: True. The happier and more peaceful you are, the less likely you are to run out and change the world.

The key thing to keep in mind here is that unhappiness is really inefficient.

If you're one of those people who thinks you're too smart to be happy, I highly recommend checking out this short podcast from one of my favorite thinkers, Naval Ravikant, where he explores happiness in depth.

If you're enjoying these e-mails, I'd love it if you shared it with a friend or two. You can send others here to sign up. I try to make it one of the best emails you get each week, and I hope you're enjoying it.

And should you come across anything interesting this week, send it my way! I love finding new things to read through members of this newsletter.

Check out the resources I offer below and sign up for my newsletter!